Nothing will be as before

Two couples that live and work in Barcelona serve as an excuse for talking about a live that could be ours but isn’t. Four actors that start being themselves but aren’t themselves, play four characters who solve their problems with other problems. Nothing will be as before is practically a false documentary about two couples that show themselves just as they are, with their wishes and contradictions. This thematic thread allows to speak about everything and nothing: about what we want to happen but doesn’t , what we want to come and comes, about the secrets we conceal, the fear of growing up, and also, why not, about betrayal. 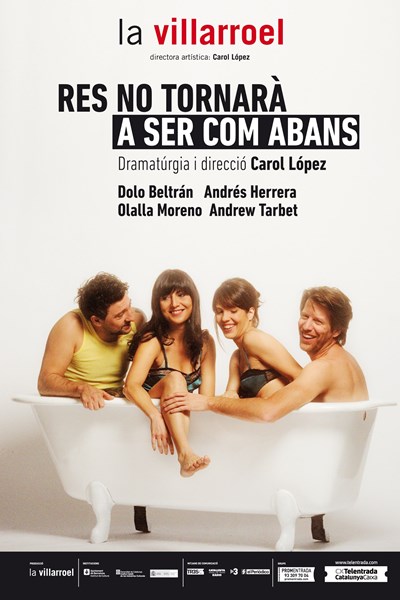